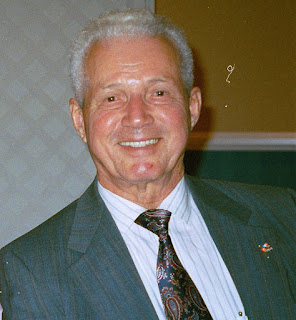 Cirilo Roldán was born in San Lorenzo, Puerto Rico on August 8, 1925 to Maria Cos and
Celedonio Roldan. He and his many siblings grew up on a farm where he cultivated an appreciation for all God’s creatures. At 18 he enlisted in the U.S. Army and was deployed as a member of the 65th Infantry known as The Borinqueneers to Panama and the Pacific Islands defending our Nation during World War 2.

After the war he returned home to the enchanting island of Puerto Rico to claim the hand of his beautiful sweetheart, Maria Gonzalez. They wed on July 17, 1942. Their oldest daughter Margarita (“Margie”) came along soon after, followed by Pedro (“Pete”).  Within a few years the young couple set off to New York City along with their two children and a third – William (“Willie”) on the way in search of greater opportunities for their growing family. They settled in the Bronx where Cirilo found work in a factory and Maria as a hotel maid.

Having grown out of the small apartment where baths were taken in a metal tub in the kitchen (common for the time/place) they packed up and headed across town to a four bedroom apartment in the then brand new Soundview housing projects on Seward Ave. in the Clason    Point section of the Bronx.

The blessings continued as Eneida (“Terry”), George, Helen, Ernesto (“Papo”), and Judy became the circle of love that was the Gonzalez-Roldán family of the Holy Cross Roman Catholic parish. Ever committed to faith and family, Maria and Cirilo put most of their children through Catholic school at Holy Cross. The children made many happy memories playing along the banks of the sound and hunting rabbit in the (then) wild fields of the Bronx.  Prayer and hard work paved the way for progress. After some time the couple purchased their first home where the children grew into adulthood and set off to to make their own mark on the world.

During this time Cirilo worked a night shift as a yellow cab driver in New York City as his wife worked as a “salad girl” at Rockefeller University, the very jobs they would each retire from after over twenty plus years. With retirement the pair bid farewell to the cold, snowy winters of New York and headed for the warm sunshine of Orlando Florida where for over twenty years they enjoyed their dream home in the constant companionship of a bossy little Daschund named Charlie. In their nineties they moved to Grand Palms Assisted Living facility (Orlando, FL) where they lived out the rest of their days together through seventy two years of marriage.

He leaves us to find his bride in heaven where they no doubt will both lovingly look after those of us who remain behind to carry on their legacy of faith, hard work and dignity. They include their first grandchild, Annette Roldan Sanabria (Orlando, FL) whose proud mother Margarita (New York City) was their first born. Following that were two more granddaughters Veronica Roldan and Vanessa Acevedo (both of Orlando, FL) from their second born, Pete, and his wife Evelyn Roldan (Orlando, FL).

Shortly after that their daughter Helen and husband Nelson Carrero (Jacksonville, FL) added two boys to the family tree-Nelson II and David Carrero, both of Jacksonville, FL.  George and Faith (who precedes him in death) of Washington state welcomed daughters Melissa and Jennifer (Washington state) closely followed by two more boys, Yanni and Alex Stefanidis (both of California state) thanks to Terry and her husband George Stefanidis (Nee York City).

The family would like to extend its heartfelt gratitude to Maria Roldán Gonzalez, Father Jerry, and the staff at Grand Palms Assisted Living as well as Vitas for their care of our parents in life and their compassion as they crossed over.

Calling hours will be from 6:00 pm until 8:00 pm with a wake service at 7:00 pm on Wednesday, November17, 2021 at Dobbs Funeral Home.  The funeral mass will be held at 10:00 am on Thursday, November 18, 2021 at St. Andrew Catholic Church located at 801 N. Hastings, Orlando.  Interment will be held at Florida National Cemetery in Bushnell, FL with military honors.